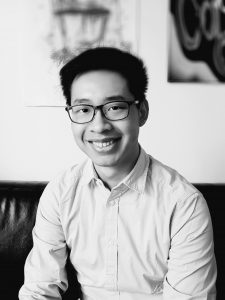 Jay was born in 1996 in Tangerang, Indonesia, and he is studying Mechatronics at Dresden University of Technology. Besides that he is a full time roboticist. Since he was a kid, he has had a big interest in engineering, moreover robotics. He has won lot of international robotics competition, such as International Robotics Olympiad, World Robo Masters Cup, World Robot Games, etc. And he has also considered as a young influencer in indonesian robotics community.

“An enourmous encouragement and also an amiable will to take part in the development of the future of humanitarian civilisation have continuously motivated me to never stop to improve my skills and my heuristics. In my conviction I could guarantee that a vivid depiction about the utopian future is where human and technology could work tag team to solve dozen of multidimensional problems in real life. Technology is not something to be afraid but it is actually something that needs to be overcame.”

What does the future of transport look like for you?

“Have we ever somehow raised a big question in our mind, why do humans nowadays have different modes of transport to mobile themselves? Well, it represents actually the inaptitude of humans to invent an impeccable machine that could transport them from one point to another point with the lowest effort, fastest time and also without being attached to any parameters significantly. The future transport machine should theoretically cover the needs of humanitarian mobilisation without giving any multidimensional domino effects to other humanitarian aspects.  And personally I believe that multimodality is the biggest misconception in the 21st century which leads us into efficiency and being decadent to admit its failure.”

© Copyright - Total WordPress Theme - All Rights Reserved 2020
Back To Top
×